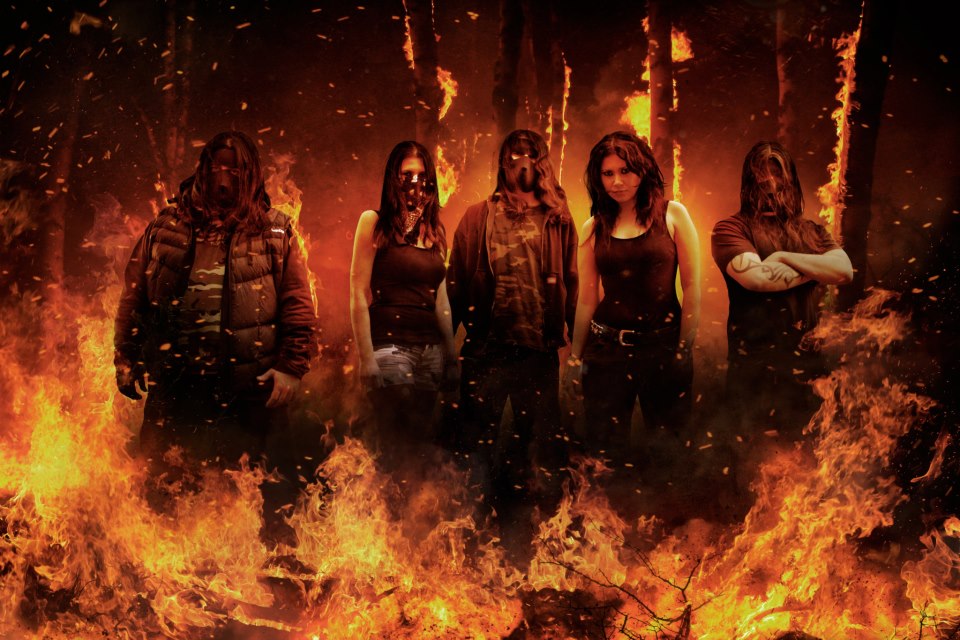 After 2 years of absence from touring, The Way Of Purity will be back on the road in Europe with Cryptopsy, Cattle Decapitation and Decrepit Birth and will also perform an uk headline tour. The infamous combo will present the new album “Equate” live during April and May with a new and intense live set and performance.

Bass player “without name” stated: ” After the last tour with Gorgoroth we have been strugling to find a new balance in our project as we changed our singer and our sound developed in a more complex entity with computer / synths / effects / spoken parts / intros … Everything needed to be tested really hard to make sure that we will be able to blow the audience away at this time …The set will be continuous, non-stop with real high picks of emotion, I promise. We are ready now.”

Furthermore The Way Of Purity announced important cooperations for the new album.

Singer Marja Panic stated: ” We started writing our new album with our russian friend Stielas Storhett and our producer Jonathan Mazzeo … After this quite big work we felt that we wanted to give the final emotional touch with massive and continuous orchestrations so we asked Marianna Alfieri, known for being guitar player on Kirlian Camera, to work with us at that stage. She made such intense, passionate and incredibly tragical compositions to enhance our ideas. Now we are ready to fly to Romania to produce the vocals with Ageru Pamantului, former singer in Negura Bunget. After this last process we will enter Realsound and mathlab Studios in Italy to record the whole project. We still have to ask Christian Donldson if he wants to mix this album but we have time during the tour, I am quite sure that we will be able to work with him again.”